Roaring into the Twenties

My intention is to record my every sewing activity here, but somehow December has almost disappeared with no entry at all. In fact I did very little sewing during December. There is just too much going on to set aside significant times for sewing. So I worked on small, mainly mindless projects in the sewing room.

There were a few UFOs finished including these placemats, plus napkins that don't really match. It was one of those projects I jumped on and then lost interest in, once it became repetitive. That's why I'm not a prolific quilter. The napkins were made from remnants of a previous project. Teresa Daily gifted me some of her wonderful hand-dyes and I made a CLD jacket. 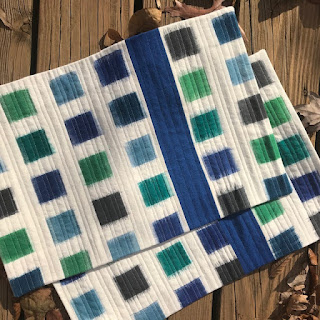 The placemats were constructed from the remnants of a lengthened Cottage shirt (TSW). I originally bought the fabric (from TSW) thinking they'd make wonderful placements and then got distracted by garment sewing. So I was only able to manage 4 placemats. 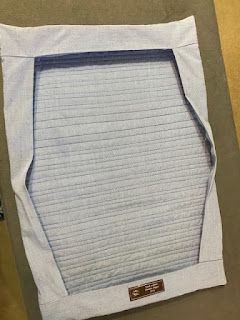 Actually each placemat is a little quilt. I used the quilt facing technique I learned in a class I took from Cindy Grisdela back in May. I really like the frameless effect.

Making rope bowls is a soothing activity for me. I made these 3 as a gift to take to newly married nephews in Austin. 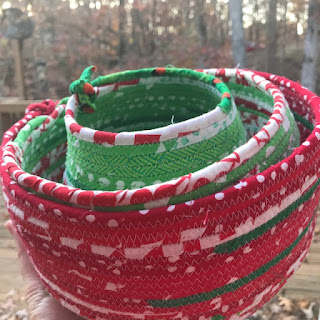 And then I needed more soothing, so I made this one for myself. I almost have one for every season! 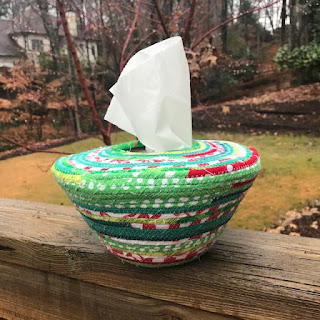 Then DDIL admired an old naked rope bowl during a visit. That was all the encouragement I needed to make a few of those. Here is hers: 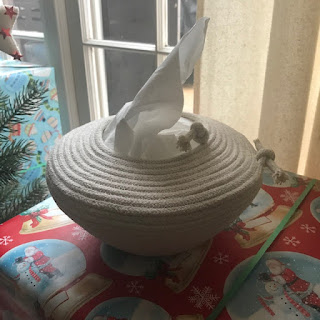 This one was intended for DD2. 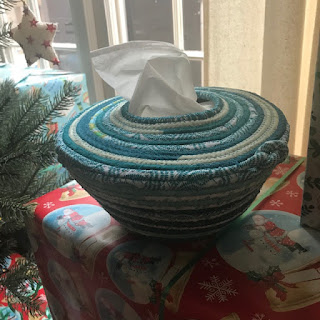 And I couldn't leave out DD1 either, but I failed to capture a picture of it. It was really lovely, so simple. Trust me.

There was a request for a flannel pillow case in the Starwars porg theme, by one grandson. This led to a small Joann's Fabrics debacle.

On a generous day, I am no fan of Joann's. I know that I am lucky to have better fabric stores nearby and so I don't malign anyone who is a fan. I dislike their stupid coupon schemes and the quality of their fabrics. But they have a monopoly on licensed fabrics, so I really had no choice but to shop there. 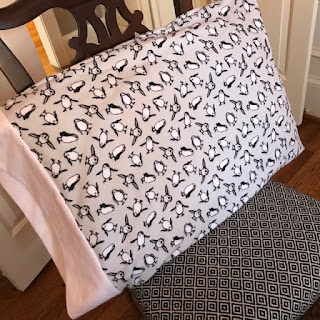 In order to limit my time inside Joanns, my work-around was to shop online at Joanns. This seemed to allow me to select my fabrics online, let them find the bolts and cut it, and then I would pick up the fabric in the store. 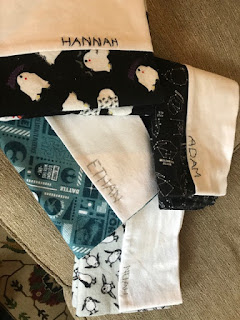 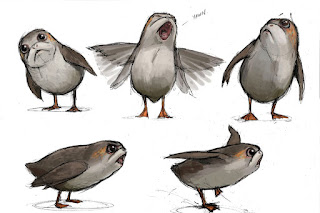 A manager did try to be helpful by finding the bolts, cutting it and setting it aside for my immediate pick-up. But when I arrived, a different manager wanted to charge me for the fabrics. My husband wanted me to just grab it and run, but I'm not that brave so I waited them out. They tried to reach the website humans and failed. After waiting and waiting, they finally gave up and let me leave with the fabric, saying "It's not that I'm taking your word for it. I'm just tired of waiting on the phone." Yes, a completely missed opportunity for them to display a modicum of customer service.

My final gift-making attempt was almost as snake-bit as the porg adventure. But by now I was taking it all in stride. The youngest grandson wanted me to make him a Power Ranger's costume and I did briefly consider making him one. Every time we saw him, or talked on the phone, he reminded me that I was making him a Power Rangers costume. So I bought one for him at Walmart. 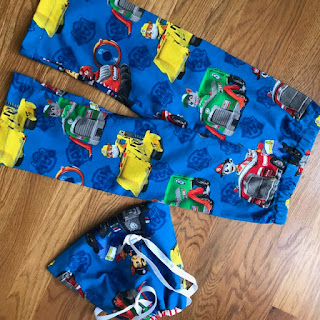 My work-around for this request was PJs in the Paw Patrol theme, also large in his world. Unfortunately I was not paying attention and made a Sewing 101 mistake. I don't think he noticed, do you?

Despite these slightly challenging sewing activities, I had the best Christmas. We had some tiny visitors - a cat family my granddaughter is fostering. They were out of town for a few days and I got to cat-sit. It was fantastic! 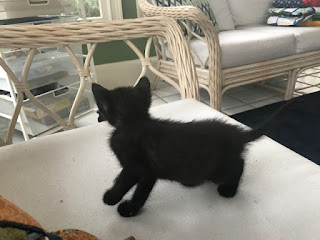 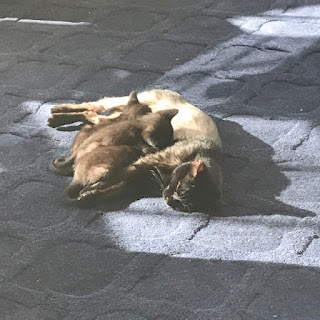 And then, my youngest son, my baby, made a surprise visit. The six of us were together - what could be better?!?

And so as the twenties roar into the world, I am grateful for so many things - family, hands that sew, time to sew, and, of course, you, because you're reading this! I hope you have a creative 2020!