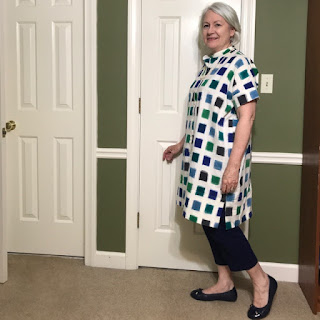 This is sort of a dress. It's the Cottage Shirt, from the Sewing Workshop, but lengthened per a 2018 issue of Sew Confident. 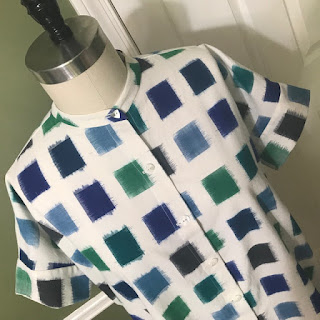 I made it as originally published first, except I omitted the collar. I often omit the collar on a shirt with both the collar and stand. It's just a lot cooler during hot weather, I think. I love that first version, partially because of the gorgeous light weight linen. Also I love the deep hem that gives it weight and perfect drape. 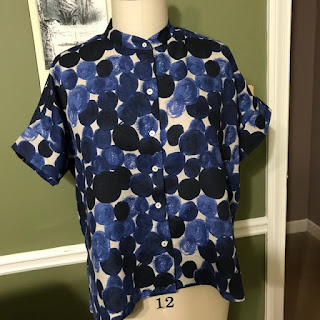 I've decided I like this version too. It is a little different. It is comfortable. And the fabric is a gorgeous cotton ikat I purchased from Linda Lee when she came to Atlanta to teach. It was a dream to sew. 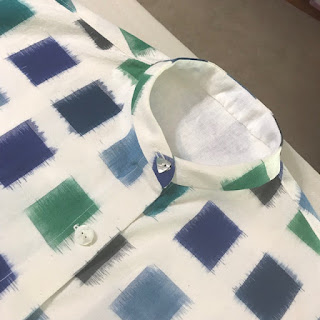 To avoid distracting show-through, I used solid white cotton batiste for the collar band facing, as well as the yoke lining. 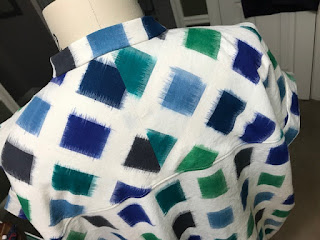 I made an attempt to chevron the back and failed. I'll re-do this part, with a single piece of fabric on the bias. Or maybe not. That is one thing I love about sewing my own clothes. I can make adjustments as the spirit moves me. 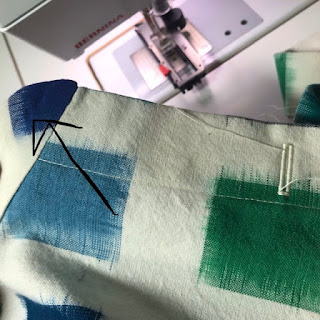 As usual I held my breath after completing all buttonholes except one. You know the one, right? The collar stand can be a stinker. I carefully trimmed the seam allowances for it and used my clapper to make sure it was as flat as possible. I've learned to use the manual buttonhole on my Bernina, rather than the automatic button hole for this spot. It worked! 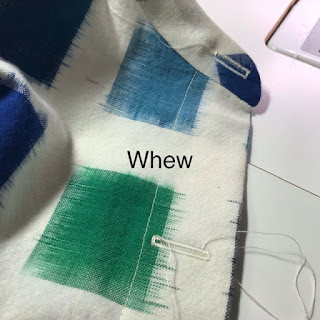 As I worked (and worked and worked) with this ikat, I learned that there is virtually no symmetry in it. It was impossible to match the side seams AND the front, so I chose the front. Sort of. 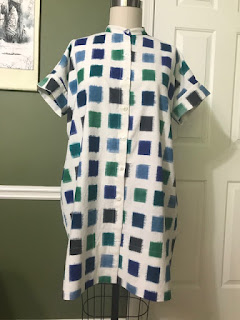 I do love this piece of fabric. I think I have enough left to make some pretty placemats for the kitchen. But that won't happen until I fix that yoke! 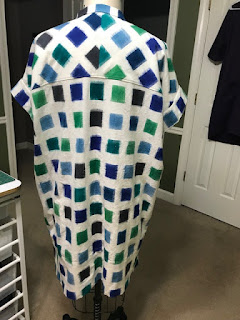