And super satisfying. Especially since I've been hard at work sewing (and unsewing), quilting (and unquilting) and even a bit of misplaced serging (and unserging) that simply did not help anything. That longer project is getting close but I needed a quick fix. 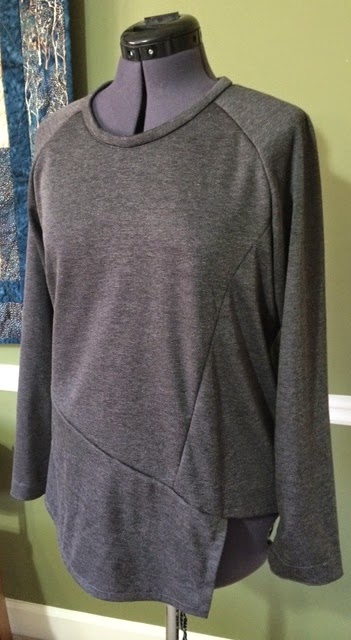 Just finished a new t-shirt and I think it's going to be a good one.

Though I no longer receive Sewing Workshop patterns on auto-ship, I did order their newest t-shirt pattern, Odette and Ivy. I like both shirts and they are very different, so it really is like two patterns for the price of one. Still not cheap, of course, but they are quite interesting.

It arrived a while back and sat on a surface in my workroom, beckoning me. Once I saw Terri's versions on Artisan's Guild and then more on Flickr, I finally cut out the Odette view and made it. And talk about a quick fix. It took longer to prepare the pattern and cut it out that it did to construct it. All pieces except the sleeves are cut out in a single layer.

This is a wearable muslin as I made it in a very inexpensive ponte, one of those with polyester in it. I know it will pill soon and be good for wearing while I clean toilets. Just in case I need such a shirt.

But in the meantime, it's pretty cool for such a quick sew. I like the way it includes one conventional bust dart and another incorporated into an asymmetrical seam. The peplum is pretty cute too. 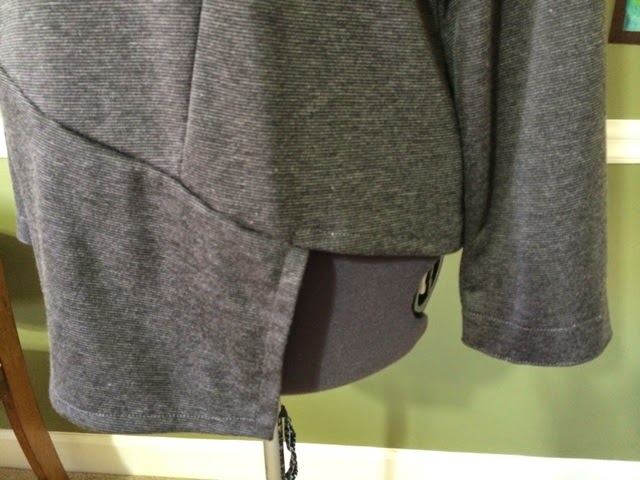 Ponte is a fairly stable knit so it is close-fitting. Not too much I hope. If I go with a nicer ponte on a future version I may let out the seams a bit to eliminate the negative ease. Negative ease does me no favors. For more stretchy knits, this size M should be just right.

I think the Ivy view will be interesting too with its set-in sleeves, as opposed to the raglan sleeves in this Odette.


So if this pattern is sitting in your sewing area, beckoning you, go ahead. Try it. You'll like it.

And if you've already made it, I'd love to see your version too.
Posted by Martha at 5:09 AM