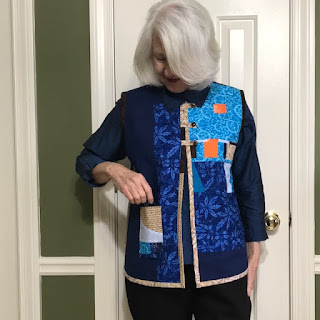 In a recent post, I described a Tamarack jacket (Grainline Studios) I made from a vintage quilt. I'm so pleased with the result and so now I'm looking for an opportunity to wear it. One vaccine down, one to go! 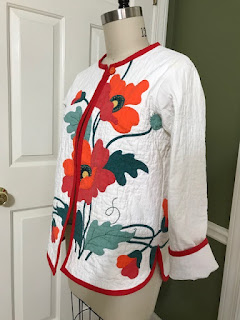 But it's such a nice basic pattern, I knew I'd want to make it again. It's a cardigan style jacket and, like all the Grainline patterns I've tried, it's well drafted and has a flattering fit. It is slightly shaped through the waistline and longer in back. It has so many possibilities. 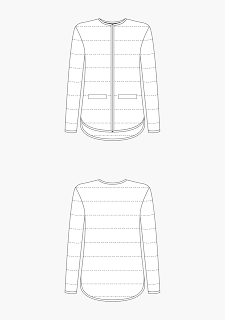 In preparation for a class I'm teaching on quilted garments in my Fiber Art Fusion group, I made a vest. This time, contrary to my own aesthetic, I decided to try to make it from a quilter's perspective. Many of the FAF members are mostly quilters. 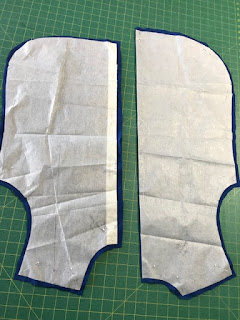 First I cut the three main pieces from an old cotton flannel sheet, adding about 3/4" all around to absorb the quilting of three layers. Then I did the same thing with a piece of light weight cotton in dark blue. Then I basted the two layers together vertically. 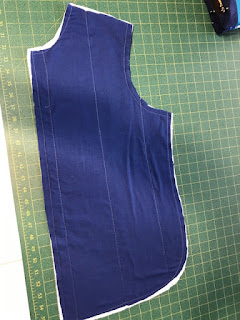 I have just finished a quilt top for a quilt I plan to hang in my bathroom. 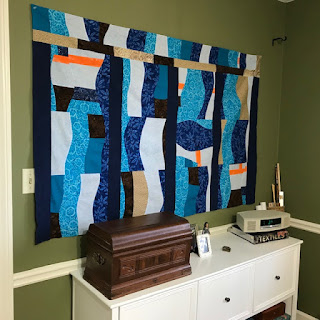 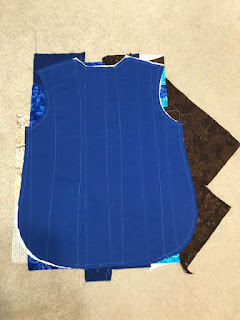 Using a stitch-and-flip approach, I attached pieces in a mostly linear fashion to the two fronts and the back. I knew I would not be happy if it was too scrappy, and that would make it quite stiff. So I planned some boring spaces with large solid pieces. 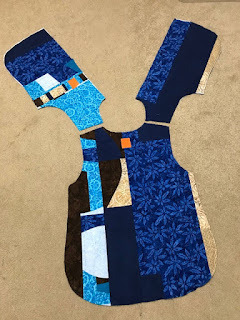 Then I was ready to put it together. Or so I thought. I had somehow managed to sandwich the dark blue lining between the cotton flannel and the right sides of the two fronts! Dang. Out came the seam ripper. Once I started, it took very little time. Assembling these pieces correctly did not require any re-cutting and so was easy. 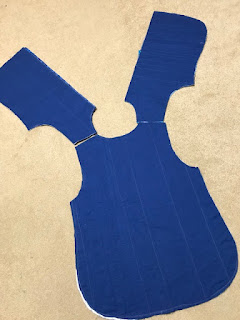 Unlike the previous version of the Tamarack, I chose to finish the interior seams with a simple three-thread serger. 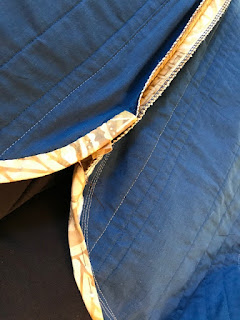 Once again, I fiddled with the side seams where they encounter the hem. That's the weak link in this pattern, I think. 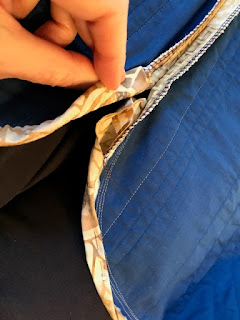 I'm fairly happy with the result, but did not make any amazing discoveries concerning a good way to do that. I serged all sides before sewing them together. After sewing them, I trimmed out the back seam allowances and folded the seams to the back. This allowed the front hem to flow nicely, but the back hem is still a little wonky. I graded it as much as I could and it's flat enough. 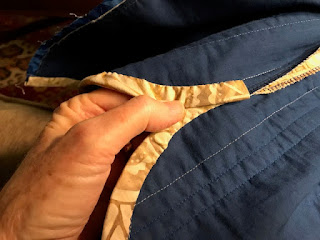 Next I worked on closures. Now some people would have planned this ahead of time, but it's easier for me to visualize once it's basically done. It does involve a little seam ripping, but that's not problem.
I made bias tubes and folded them to make button loops. Then I ripped out the front binding and slipped the tubes inside. 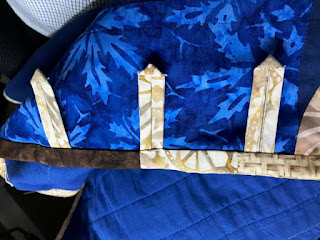 The buttons are from stash, like everything else for this project. I'm not sure if I'll keep them or select some others when I have a shopping opportunity. It's easy to adjust the loops for larger buttons. 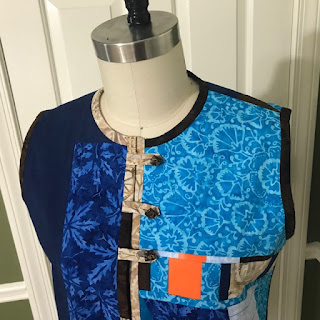 I added bias binding to all edges, except right down the front. There I used a straight-of-grain piece to keep it hanging right. The right front was a little too boring, so I added a patch pocket to hold my phone. 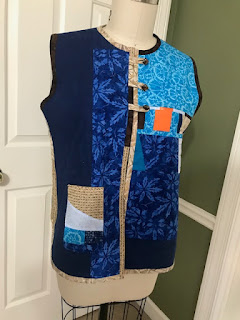 Then I thought I was finished. The more I looked, the more I realized that the orange piece was not in a great location. 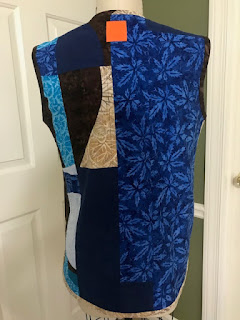 My idea with the orange was to add just a pop of color outside of this palette. I had added an orange square to the back neckline. But the location of the orange on the front was just wrong. 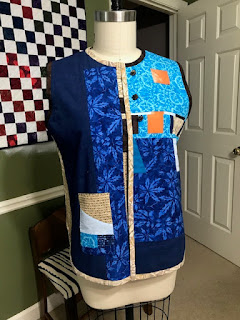 I had one tiny square of that orange left over. Thank goodness! I *think* this distracts from the poor placement of the other orange. 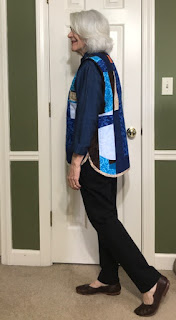