My mending pile seems to be growing. Maybe it's continued spring fever, but I keep spotting things I just know I'd like better with a tweak or two. Often I'm pleased with the results. 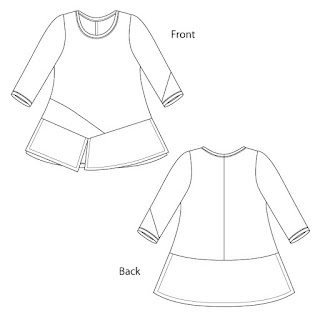 First up is an Ivy top from the Sewing Workshop pattern, Odette and Ivy. I made this in black organic cotton from Alabama Chanin. It did not stay black long, and given that it is their organic cotton, I'm not certain it was ever all that black. 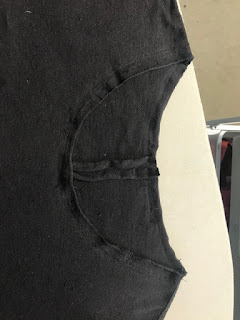 The neck band never sat properly on my neck, probably because the AC knits don't have a lot of stretch or recovery. I removed the neckband and tried to decide how to finish the edge. After this, the neckline was stretched out and even more unattractive on my neck.

So I dropped it in a pan of old black walnut dye. I figured that I could not hurt it. I was right about that.

Winter set in and I ignored that big pot of dye sitting on the deck. Now, some 6-8 months later, I have retrieved it. No harm, but it's definitely dark brown now, rather than black. I love a good chocolate brown. 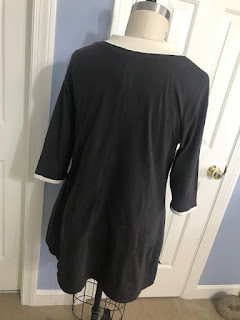 I decided to sort-of fill in the stretched out neckline, using some AC remnants. I also added this off-white knit to the binding on the sleeve hems. 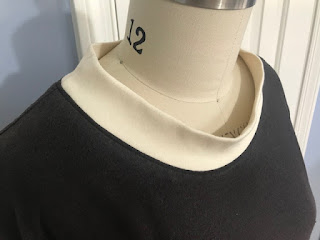 I like it better, but honestly, I don't love it. 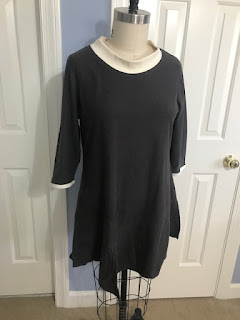 Next was a tee shirt my son-in-law made to honor the victims of that mass shooting in Charleston, SC at Mother Emanuel AME church. It was a pretty standard man's fit. 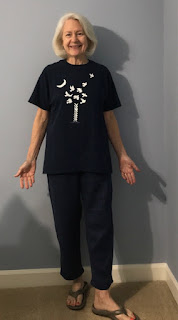 Using the Lark Tee pattern, I reshaped it into a more feminine tee. I expected it might be challenging at the armscye. That has been a tricky spot every time I've remade a man's tee shirt. The armholes are too low. That's the reason I did not cut the shirt apart before laying out my pattern pieces. I wanted to preserve as much fabric as possible. 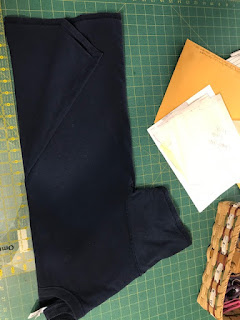 I folded the tee shirt onto itself, so that there was a fold down the center front and center back simultaneously. That may be visible in the picture. 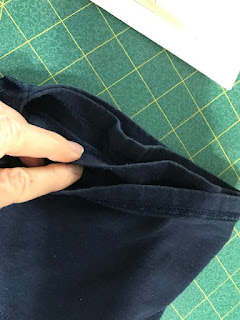 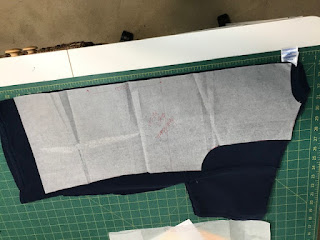 Then I cut the sleeves at the underarm seams so that they would lay flat. I used the Lark cap sleeve with some success. 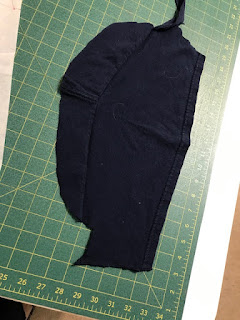 Rather than obsess too much over the sleeves, I just left the original finished sleeve hems alone. 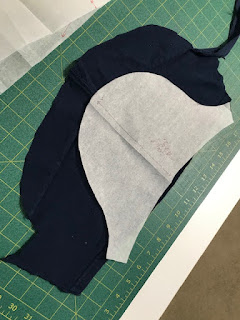 I did, however, have to include part of the original shoulder seam in the cap of the sleeve. 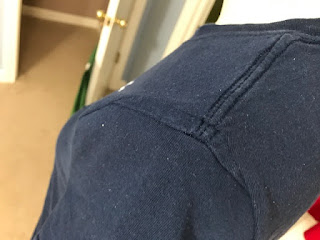 Now that I look at the picture, I see it's not that bad. But I ripped it out, removed the shoulder seam portion, and re-stitched it. 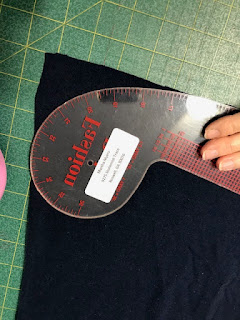 I used my hip curve to recut the hem so that it has a shirt-tail hem. It's more flattering than a straight-across hemline, but also a bit more fiddly. 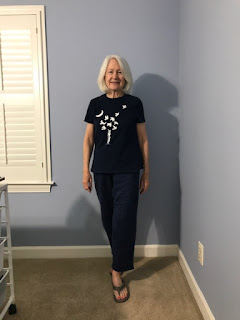 Hmmm... Rather subtle changes, I see in the picture. The mirror lied. 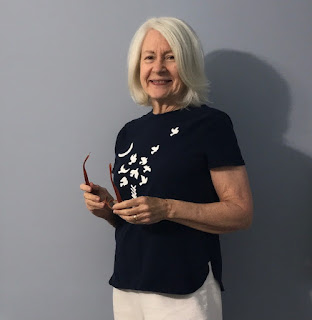 Next in the mending pile - spring-summer pants.