My latest project was snake-bit but I persisted. And, boy, am I glad I did. 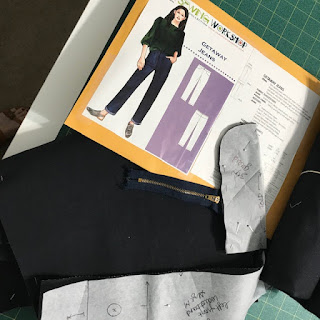 The fabric came from my local fabric store, Gail K. The guy cutting it said it was Japanese denim. It's black on one side and a bluish black on the other. I loved it the moment I saw it. It's 100% cotton and so I washed and dried it thoroughly before cutting into it. I don't think there was much shrinkage. 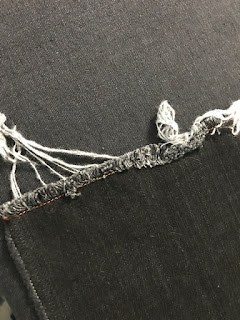 It's very sturdy denim, much like new jeans used to be before lycra invaded RTW jeans. I selected this fabric specifically for the Getaway Jeans from the Sewing Workshop. It's not often that I buy for a specific project, but this was just right for jeans.

As Mr. NowSewing and I prepared for a 10 day trip to visit grandchildren, I carefully cut these out. Well, actually I made a toile first and got the sizing right. I imagined myself bringing a number of pre-cut projects to sew while visiting. I cut out the jeans and a Swing Tee dress, a basic no-brainer summer dress.

As I began to actually pack for the trip, I realized the unlikelihood of being able to sew something this complicated, or really anything at all involving a machine, while visiting. So I left my two carefully cut projects behind, and took my Alabama Chanin projects instead. These are all hand-sewing and worked out just right. It's nice to visit and sew by hand. 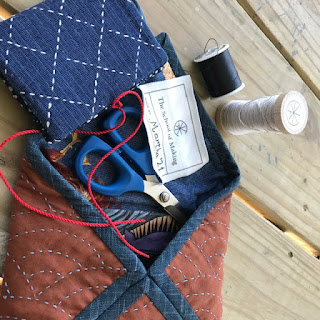 Once back home in the studio, I began the wonderful black jeans. I did not keep count, but I feel like these jeans contain the largest number of mistakes-per-project ratio to date, sort of a personal *best.*

It began when I realized it was a bad idea to have separated the pattern tissue from the pattern pieces. It was easy to conclude this after I screwed up the pockets. This occurred after I successfully sewed the odd but interesting darts on the front crotch.

In my defense, things have been going on in my personal life that are distracting. But I persisted. Mr. NowSewing said, Stop, but I did not. 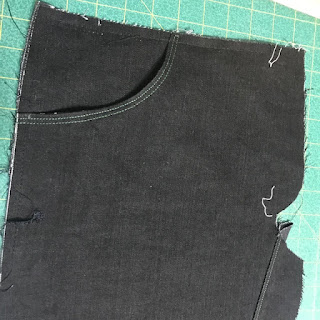 The pockets came together easily once the pieces were more accurately labeled and I read the sentences in the instructions completely. Those pockets made me so happy, the way sewing at its best is prone to do. 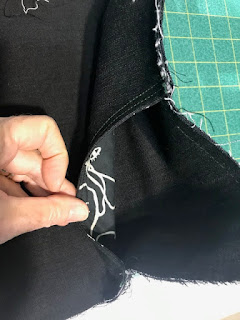 Next I worked on the fly zipper. I booby-trapped this part a bit by using an old metal zipper with one missing zipper stop at the top. I worked around a safety pin to avoid zipping it off.

I've had good success with Sandra Betzina's method for fly zippers in her book Power Sewing. But I like to try new things, so I began by following the instructions in the envelope. The instructions may be OK and I may try them again some day, but I stopped when I came to the part where the center front is NOT basted together during construction. Whoa. Way too much slack in that action for me. So back to trusty Sandra Betzina. It worked great. 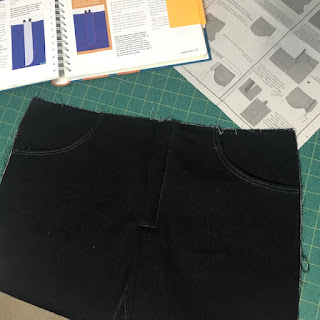 The next steps are to attach the left and right waist bands. Due to the fly zipper, they are different lengths. I struggled a bit, and fused interfacing to the right side of one. Thank goodness for remnants. And then I noticed that they were larger than the pattern tissue. I whacked off the extra and moved on. 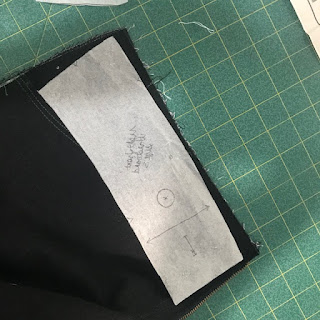 They were now too small to fit on the top of my jeans. Back to the remnants to cut new waistbands, self-drafted to match the tops of my jeans. 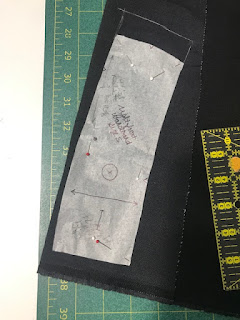 That worked out fine, though my waistband is not traditional for jeans. It is a feature, right? It was indeed a lot easier to sew the buttonhole when it was not sitting so close to the top of the zipper. 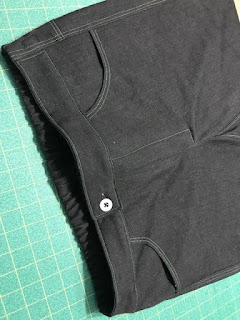 The rest of the construction was without hiccup, so Yay! 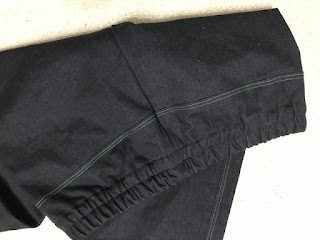 The back waistband has elastic and I totally like that. Thought I would not, but I do. So comfortable and I do not tuck shirts in, so just right. The length was perfect too. 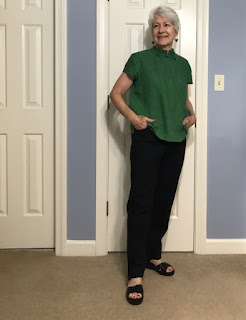 I put them on right away for a Father's Day dinner with DD and family. I do believe I'll get a lot of use out of these jeans. They do not photograph all that well, but you'll just have to trust me. 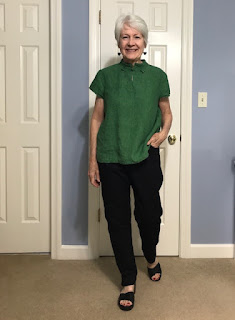 I used a medium green heavy weight cotton for the top-stitching. It is one of those details that makes me happy even thought no one else will ever notice. Now I need a pair of white jeans. Definitely. 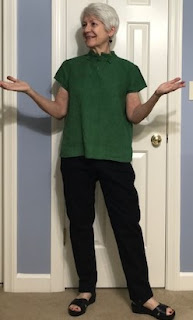 Once these were complete, I had a good night's sleep and went back over my pattern tissues to determine what went wrong. As it happened, I cut out tissue for both the Small and the Medium. After the toile, I cut the Medium in the denim. But when I reattached the pieces to the tissue I failed to notice that some were for size Small and some for size Medium. Operator error, per usual. 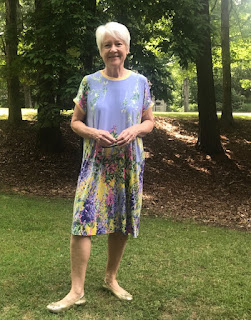 The swing tee dress was indeed a no-brainer, so I'm grateful for that. 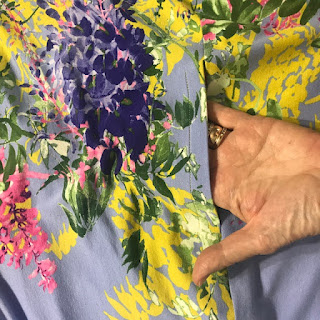 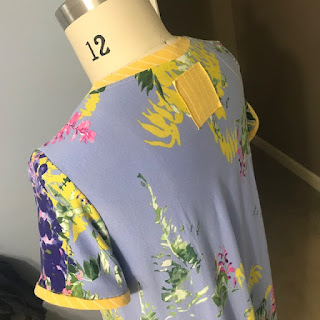