Back  in 2009 I made the Liberty shirt, one of the prettiest patterns from The Sewing Workshop. It was my first one with this pattern and I love it still. I reviewed it here on Pattern Review.

I had this interesting cotton fabric at InTown Quilters in Atlanta. It was in a new shipment of fine Japanese cottons and a little pricey for a cotton. But I loved it so I bought a small piece, maybe less than 2 yards.

When I received the Liberty shirt pattern from The Sewing Workshop I decided to make it with this lovely fine cotton. Of course, I did not have enough. So I used some similar silk dupioni for one front and one sleeve. And I added lots of tiny piping to separate the disparate pieces. Finally I added pearl buttons and spaced them in pairs. 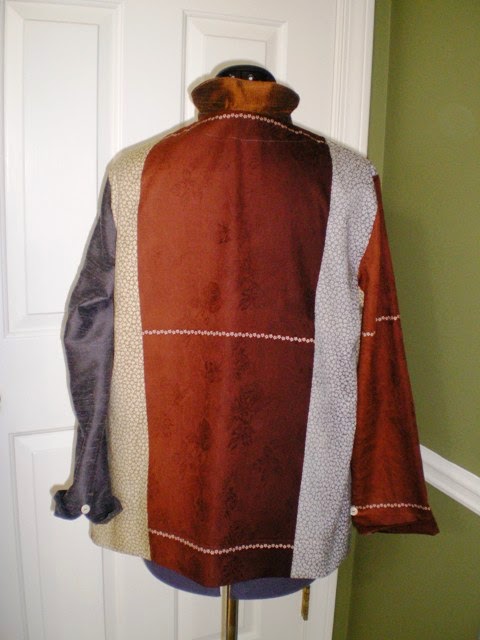 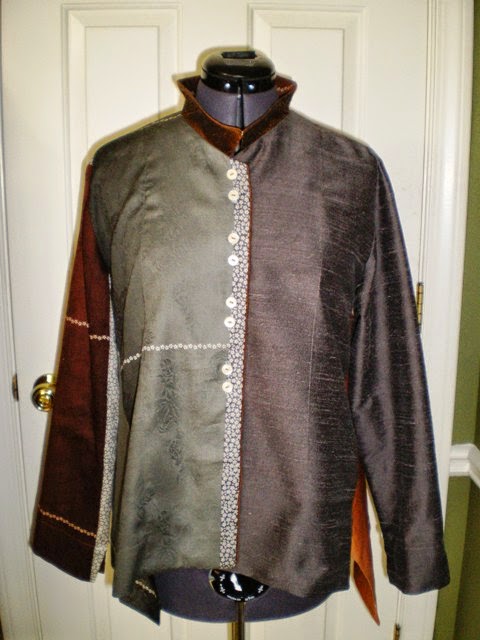 Today I attended the Sewing Expo here in Atlanta and was delighted to get to attend a fashion show from The Sewing Workshop. Oh, the garments were so, so pretty and I wanted to run home and sew.

Imagine my surprise when this appeared: 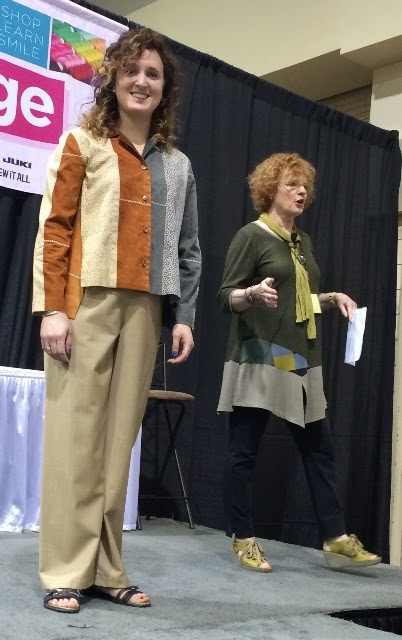 I was so amazed that I forgot to take a picture of the back. The above shirt is also from the Liberty pattern, though she has the neckline open and the collar folded back, Peter Pan style. The back is almost identical to mine.

I did go by their booth and look at the runway version again. So, so close to my 2009 version, though they used only one fabric and the model is tall.

I did mention it to Linda Lee thinking that maybe, just maybe I inspired her version. I would have been thrilled.

Maybe it was subliminal.

Anyway I like mine better, I think. I still love the Liberty pattern. What can I say?