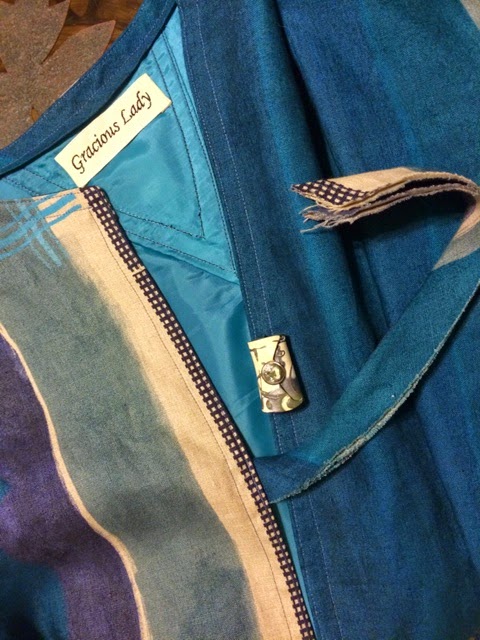 One of the first times I met Ruta, she was seated next to me in my first class with ASG Atlanta. Marsha McClintock was teaching a class using her Portlandia pattern, an interesting and fun pattern for a hooded coat.

We introduced ourselves and I learned that Ruta was president of ASG Atlanta. I learned this in the quiet way that Ruta had about her.

Ruta's clothing aesthetic and construction is legendary. But I did not learn that the first time I met her either.

Here is just one example of her work. As a member of  Association of Sewing and Design Professionals, she created a half-scale reproduction of this Vionnet gown. Hers is featured in Threads. 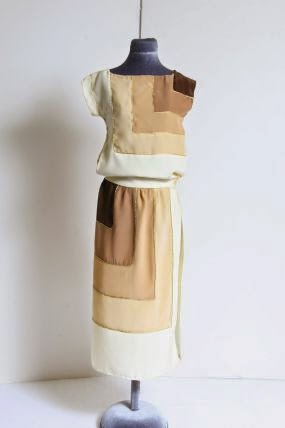 Ruta accomplished these and many other things after retiring.

Her own clothes were impeccable and she always looked pulled together, yet entirely relaxed and cheerful.

She continued even after her diagnosis of ALS. Almost a year ago, she was interviewed for City-Wide Couture here in Atlanta. We were treated to a review of her sewing journey. In addition to many of her sewing admirers, her husband attended the interview and a granddaughter modeled her clothes.

One garment of hers has special meaning for me. The two of us were browsing in Louise Cutting's booth at a sewing expo. Ruta spotted this fabric first. 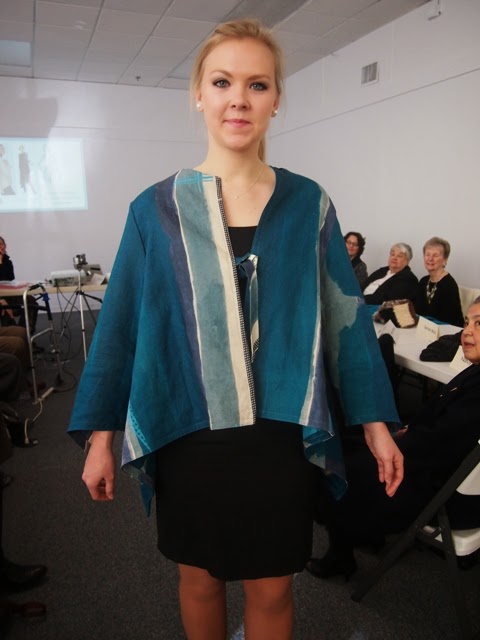 This is a beefy hand-painted cotton. It was expensive. Ruta hesitated. We talked about it. Finally I told her that if she did NOT buy it, then I would. She promptly bought the rest of the bolt! So for a long time, I teased her about stealing that fabric from me. And that's the way I remember it.

Of course, only Ruta could have done it justice, selecting this distinctive Geoffrey Beene design from Vogue patterns. 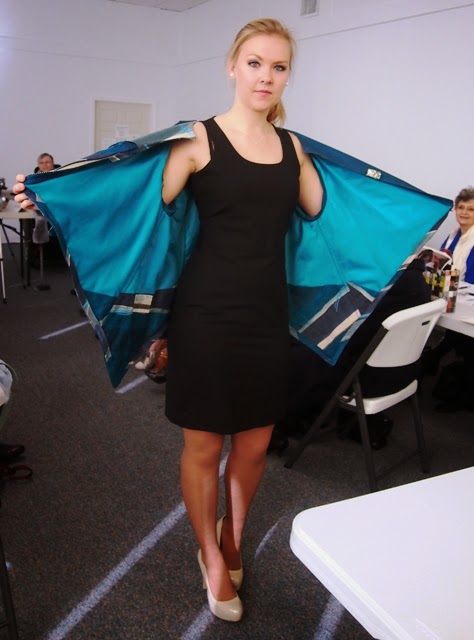 Notice how she used some of the hand-painted cotton on the hem portion over the hips because it shows when you move. The lining is a perfect color of Bemberg Ambiance. 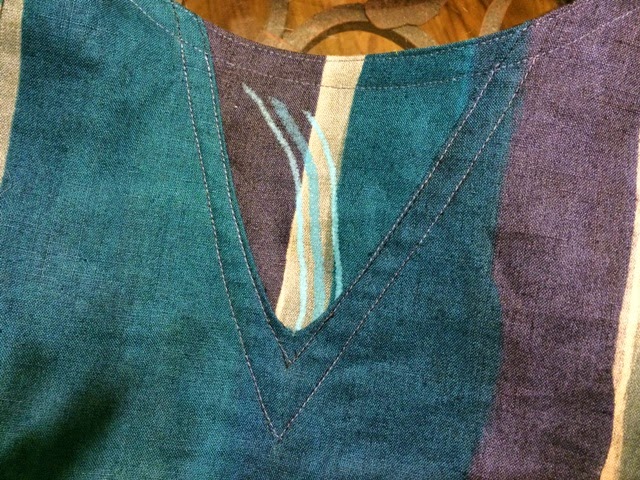 The beautifully finished cuffs, the careful placement of fabric in the triangular insert in the back - it was all carefully and artfully composed. Finally she chose a special closure.

A dear mutual friend of ours told her husband a bit of the story of this fabric recently. He then gave the jacket to me. Thank you, Roger. Thank you, Lorraine. Thank you, Ruta.

What a treasure. It is now hanging in my sewing room, reminding me of Ruta. And I miss you, gracious lady. 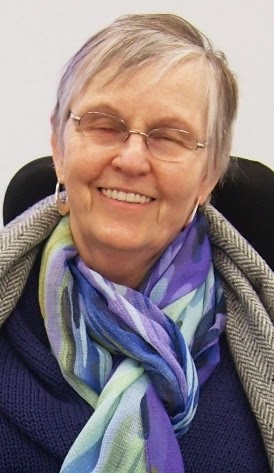